How Cool is Data? Part II Your typical book holds a lot of data, but now that we have stoked your curiosity and amazement with how much data is held by the Library of Congress, we’d like to put this number into perspective with some everyday explorations. Let’s take a look.

What is a Bit?

Data consists of ones and zeros called bits, and there are 7 bits in English characters. There are 8 bits in a byte. Now, why do we break down bits into zeros and ones?

For over 70 years, we have stored data in a way that is easy to comprehend. Imagine, if you will, a row of lights that turn on or off. There is nothing in between. A one, or a zero. The lights being turned on or off gives you different characters, whether it’s a letter, a number, or a special character like a symbol. If you have a large array of these lights, you have a system that can convey large quantities of data to a system that can read them.

This is the concept used by data storage, facilitated by magnets.

A mechanical hard drive holds spinning platters that look like CDs at first glance, but they are instead platters that spin at 72,000 RPM consisting of tiny magnets that read and write data to the drive. These devices are remarkably sensitive, being capable of detecting something billions of times as small as an eyelash cut into a hundred different pieces.

All of this is to say that the hard drive was a pivotal technology in data storage efforts, only being supplanted by Solid State Drives (SSDs) more recently. They store data using an electrical charge to tiny transistors. They don't rely on mechanical movements or magnets, something which makes them better for mobile devices due to the fact they move around a lot more than your typical desktop workstation.

Suffice to say these technologies are capable of holding billions or trillions of pieces of information, and it’s really quite fascinating to think about.

How Much Data Fits in the Palm of Your Hand?

Last time we covered the contents of the US Library of Congress (51 Terabytes if you missed it), but this time, we want to cover your average mobile device.

Most smartphones have a Micro SD card that is used for data storage, generally in the realm of 1 Terabyte of information. That right there is just a 50th of the entire Library of Congress—over a million books. Now, you can fit dozens of these little SD cards in the palm of your hand, so just imagine the possibilities.

There are other ways you can use a 1 Terabyte Micro SD card, too. Here are some other examples of how much it can hold:

How Much Data Humanity Has Produced

44 zettabytes–that’s how much data humanity has created as of 2020, and this number would require 44 billion 1 TB Micro SD cards to store. By the end of the year, that number will have doubled, and by 2025, the number will exceed 200 zettabytes.

It’s absolutely ridiculous to think about how much data we create. More than 62 percent of all people on the planet are on social media, sending emails (300 billion, roughly), and moving information from one place to the next. Every minute, over 500 hours of video are uploaded to YouTube. Just wild stuff.

Think about how much data your business generates every day, be it the emails your staff send, the documents they produce, the customer data they store, and so much more. This is crucial to the continued success of your company, and it’s also why data backup is such an important asset for any successful business. You don’t want that data lost or wiped out. It’s all just in case of the worst-case scenario—and that’s a lot of data that would take lots of time to replace.

Does your business have that kind of downtime? No? We didn’t think so.

Tags:
Data Innovation Information
The Risks of Poor Cybersecurity Hygiene Are Too Gr...
How Cool is Data? Part I

More posts from author
Friday, 25 November 2022 Pay Attention In Order to Spot Risk
Thursday, 24 November 2022 How to Utilize Mobile Capabilities to Your Business’ Advantage
Wednesday, 23 November 2022 Check Links Before You Get Yourself in Trouble with these Link-Checking Tools 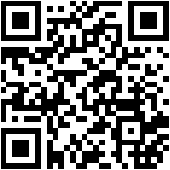 Computerware launches new website!
Computerware is proud to announce the launch of our new website at ww.cwit.com. The goal of the new website is to make it easier for our existing clients to submit and manage support requests, and provide more information about our services for ...
Read More

Learn more about what Computerware can do for your business.